Home of the Olympics

Over 175 million of those viewed Discovery’s coverage on TV and digital, 13 times more vs. PyeongChang 2018. Almost 200 million additional people watched through partner broadcasters with whom Discovery agreed sublicence agreements, including 45 free-to-air national broadcasters throughout Europe. 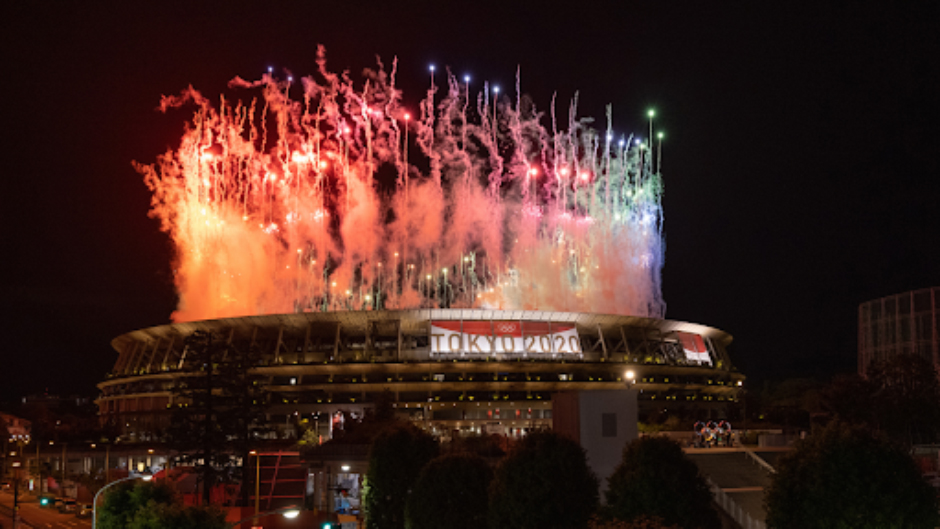 In March 2019, to celebrate 500 days until the flame is lit in Tokyo’s Olympic Stadium, Eurosport unveiled its on-screen brand mark for next year’s Olympic Games. Commenting on plans for Tokyo 2020, JB Perrette, President and CEO Discovery International, said: “We have set our ambition for Tokyo even higher. We are committed to delivering a Games experience at a scale that has never been seen before; we’ll be bigger and bolder, engaging more people on more screens and showing every minute, every sport, and every athlete.

After the IOC postponed the Games for 12 months due to the ongoing COVID-19 pandemic, Eurosport and Discovery used the delay to ensure the business remained at the forefront of innovation with the successful trial of the re-purposed Cube mixed-reality studio for the US Open and Roland-Garros events in autumn 2020.

The hardship caused by COVID-19 across the globe prompted Eurosport President Andrew Georgiou to remark: “I think the Games are going to be coming at one of the most important times again in living memory. By the time July comes around, I really get the sense that the Olympic Games is going to represent a much-needed celebration of humanity.” 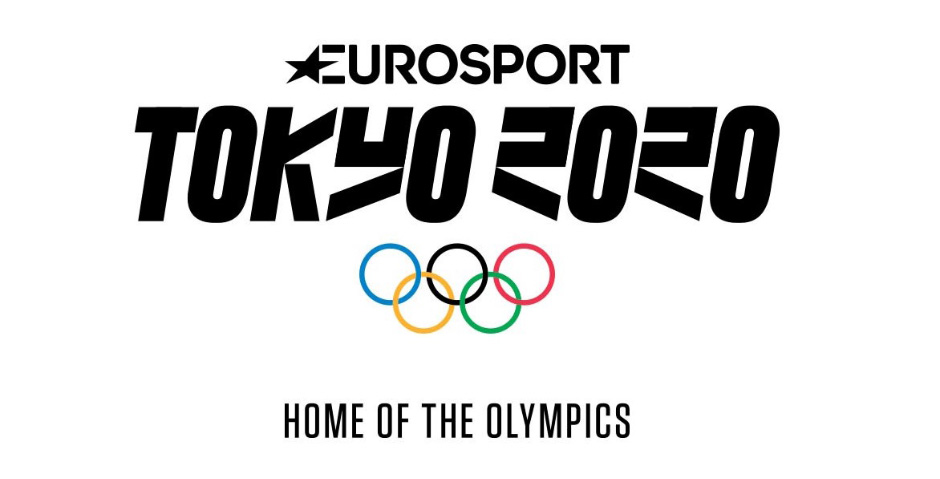 Approximately 58%** of the population watched on free-to-air and pay-TV in Discovery’s top ten markets across Europe, on its own channels, and those of its partner broadcasters, with a record breaking over 90% TV audience share achieved in Sweden and Norway. And a record breaking 76 million users enjoyed the Games online, on social and through the integrated Eurosport app, which includes free content and premium sport streaming service, the Eurosport Player.

In February 2018, Discovery and Eurosport deliver its first Olympic Games from PyeongChang, South Korea, and succeeded in its commitment to engage more people, on more screens than ever before across Europe.

Viewers embraced Discovery’s innovative production of the Olympic Games in record numbers, including the most immersive coverage, every minute live on digital, and the best experts analysing the action in an Olympic-first – the ‘Eurosport cube’ augmented reality studio – earned Discovery and Eurosport record audiences across platforms. 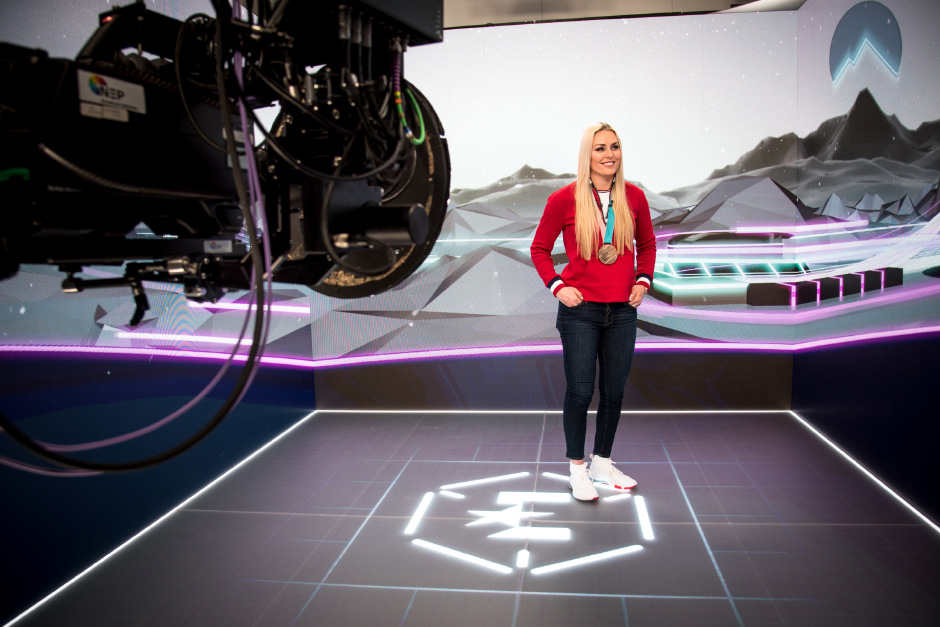 On January 1, 2017, Discovery’s leading sports brand – Eurosport - officially becomes the new Home of the Olympic Games in Europe with a pledge to redefine the Olympic Games viewing experience and reach more people in Europe, across more screens than ever before. 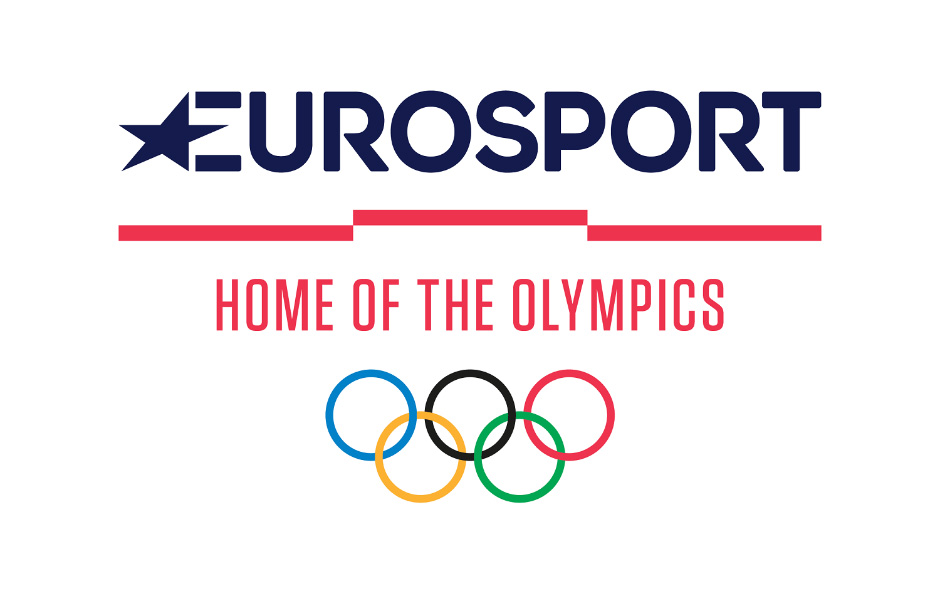 In May 2015, Discovery Communications (now Discovery Inc.) announced a ground-breaking deal with the International Olympic Committee (IOC) for all TV and multi-platform broadcast rights in Europe for the four Olympic Games in the 2018–2024 period*. The announcement kicked-off a long-term partnership between the biggest global sports event, the Olympic Games, and the global leader in real life entertainment, Discovery. 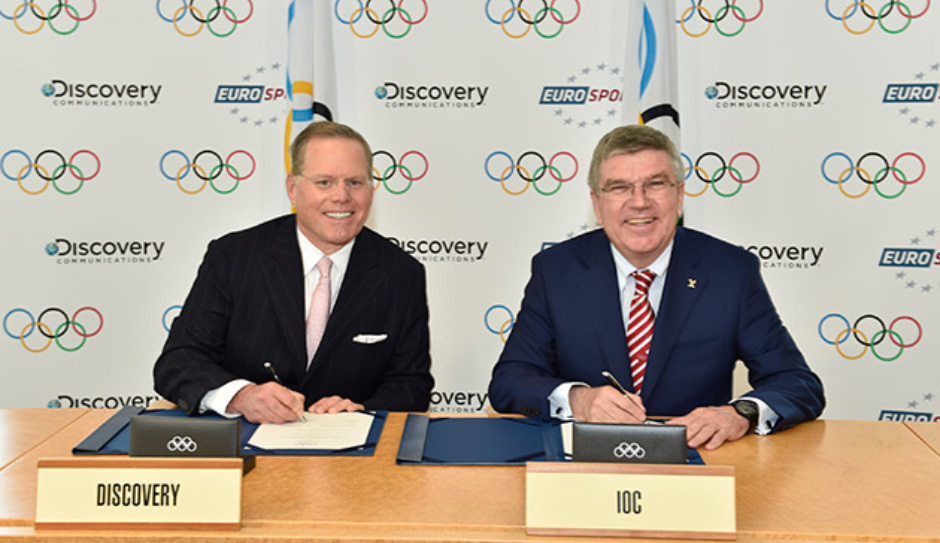 *Excluding Russia. Discovery, Eurosport will be an Official Broadcaster in France and the UK in 2020.

**TV Audience aged +3 or +4 depending on official data in each market.